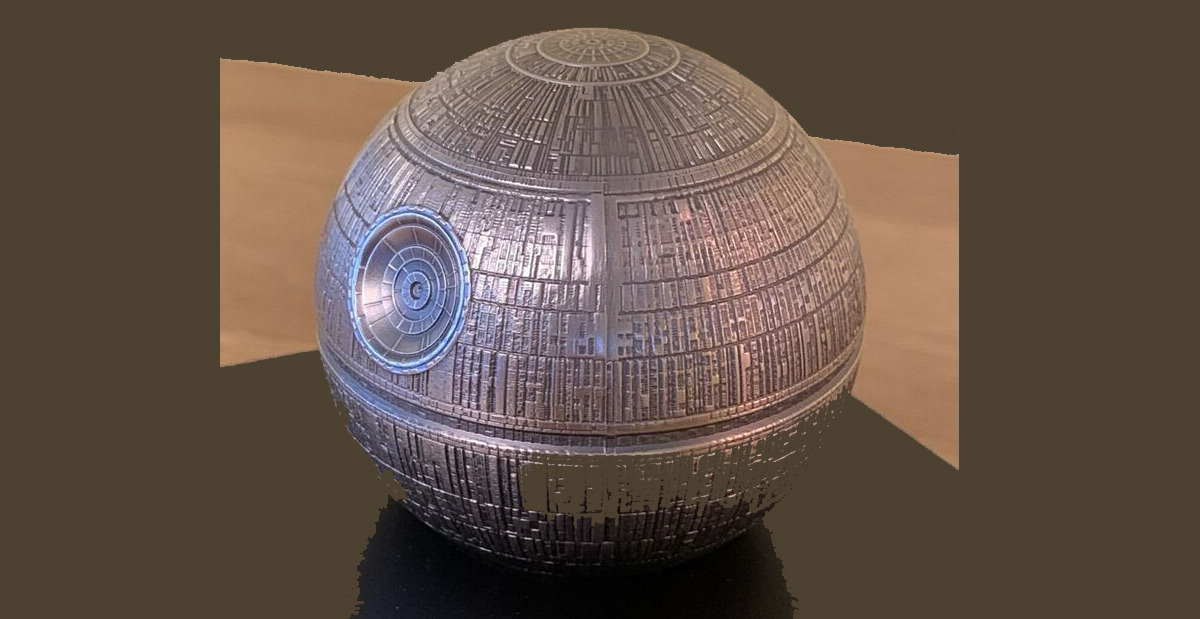 “Star Wars” is not serious science fiction, but scientifically ill-founded entertainment for the masses. Not only, but the construction of a Death Star, which plays a central role in several episodes of this narrative, may eventually be possible for humans – but it would be pointless and completely unprofitable.

The Death Star is said by some sources to be 140 kilometres in diameter and made of metal. Other sources put its diameter at 160 or even 900 kilometres. If we assume that the metal is a successor to steel, for which iron has to be processed, then the iron reserves of the Earth and every Earth-like planet would be quite sufficient to build a large number of Death Stars. But extracting and refining the iron would be very costly. For the construction of a Death Star would consume more than 10 to the power of 15 tonnes of metal, the current equivalent of which is above 13,000 times the world’s annual gross domestic product. So all of humanity would have to work at its current economic level for 13,000 years just to provide the material for a Death Star.

Sooner or later, the development of fusion energy will set the energy factor for our economies to infinity and thus cause a hundredfold increase in our economic output within a few decades and perhaps a thousandfold increase in the long term. But even eight billion people with a thousand times the economic power of today will certainly never spend several years just to provide the raw material for a single construction project – especially since the metal alone is not yet a Death Star.

Destroying planets is also much easier. To destroy an Earth-like planet, we don’t need a huge Death Star, but only a metal sphere about 30 centimetres in diameter that weighs a little more than 100 kg. We accelerate it to more than 99 per cent of the speed of light and send it on a collision course to its target object. No planet or moon can survive the force of the impact of such a high-speed projectile, especially since the very first contact of the object with the planet’s atmosphere triggers a dense series of nuclear fusions that have a similar effect to the explosion of a myriad of hydrogen bombs.

The ability to accelerate objects to a value approaching the speed of light is a prerequisite for space travel between different solar systems. Anyone who can accelerate a spaceship in such a way can also do so with a massive body weighing around 100 kg. So he can build a planet killer.

At present, it is not yet foreseeable how such a high-speed projectile could be repelled. True, from the moment this ultimate weapon enters the heliosphere of our solar system until it hits the Earth takes about 16 hours. But because the projectile is as fast as light, we only see it shortly before the collision. Then we can no longer react. Optical sensors are therefore out of the question.

A remedy could perhaps be a detector shield with several layers around the heliosphere about one light minute apart, which would make it possible for us to track the speed and direction of flight of every intruding object. But putting something like that into space is undoubtedly much, much more complex than building a Death Star, for example.

Perhaps the Fermi paradox can be solved in this way? Perhaps there are three categories of intelligent cultures in space: those that successfully hide. The others that failed to do so and were therefore destroyed. And those that preemptively eliminate all potential competition so as not to be destroyed themselves.

Destroying planets and moons is apparently far less costly than successfully defending them. The well-known physicist Stephen Hawking also knew this, warning shortly before his death: “We only have to look at ourselves to see intelligent life evolving into something we would rather not encounter.” In this context, he recalled Christopher Columbus’ landing in America, “and that didn’t sit well with the Native Americans either.”